A downloadable game for Windows

Made for the Rusty Jam.

It's a rainy day during winter. Our main character is happily flying around inside a bubble.

One could expect the bubble would just burst by the intensity of the rain, but it's actually resistant enough to support all that, as well as protect our main character from getting wet.

The storm also pushes a lot of nature elements through the winds, including some which are sharp and spiky. One could expect the bubble would easily burst after touching these. But just like before, nothing happens. Our main character may feel the hits, but it surely doesn't get hurt.

Being able to fly, resist through a storm and even sharp and spiky plants, our main character is extremely safe!

...except for a little detail: this bubble is easily carried away by the wind, and it's hard to maintain control over where it's going. If these plants try hard enough, the bubble can fly away, and get our main character lost in the mountains.

You think you're safe just because you can't take a hit, but that's delusional. Getting lost during a storm in the winter, with no control over where you're going... suddently, that's not much better than if the bubble could simply burst and make you fall.

Play the game by launching "winter-d.exe" or "winter-r.exe". Due to some issues with framerate, the game may run either too slow or too fast, depending on which one you choose. Give it a try and check which one works best for you!

The game should launch in just a few seconds after loading. 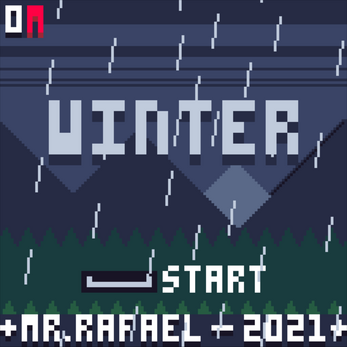 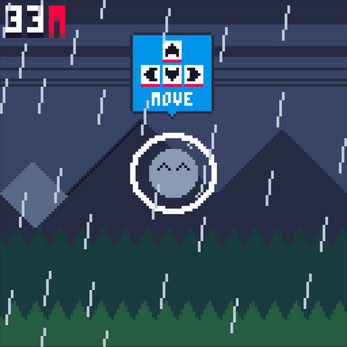 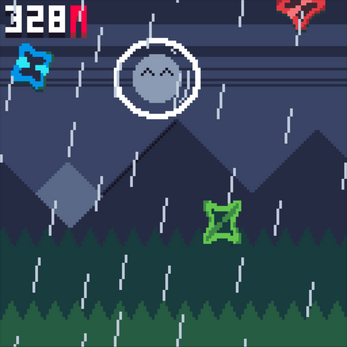 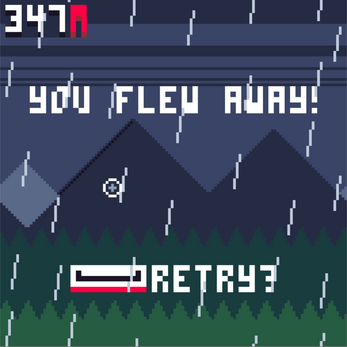